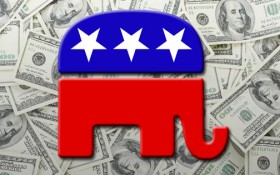 The Republican National Committee released an ad on Wednesday trolling Democrats for yet another midterm special election loss.

The ad is meant to remind liberals that a moral victory is not enough — winning is winning.

The RNC released the ad a day after President Donald Trump endorsed Republican candidate for Congress Troy Balderson — who won the super tight race against Democrat Danny O’Connor in Ohio.

The ad features various clips of liberal reporters complaining how a moral victory is not going to get an office in Washington D.C.

Noticeably every single clip has a CNN symbol blurred out in the bottom right of the screen.

Over and over, reporters could be heard stating the Democrats had a “moral victory.”

And then finally one of the clips features a reporter coming to the conclusion that “a moral victory is not going to cast a vote in Washington.”

Another reporter states, “You said this morning there are no silver medals in politics.”

The ad ends with a clip from “The Fast and Furious” with actor Vin Diesel saying “It doesn’t matter if you win by an inch or a mile. Winning’s winning.”

The final frame of the ad features a note to Democrats stating, “Moral victories don’t get a vote in Congress.”

Winning is winning — and although a moral victory may warm the hearts of Democrats, it will never win power back for the party.