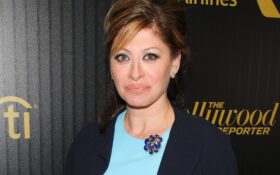 There have been whispers since President Joe Biden took office that he’s not really running the show, with speculation that Vice President Kamala Harris, House Speaker Nancy Pelosi, D-Calif., first lady Jill Biden and others in the inner circle might be really calling the shots.

But Fox News host Maria Bartiromo said this week there’s someone else who may be secretly in charge of the whole operation: former President Barack Obama.

Biden, since taking office, has surprised many in his own corner as he’s pushed Congress toward sweeping far-left policies intended to remake entire segments of the national economy.

So far, there’s been none of the moderate policies and across-the-aisle dealmaking he promised during the campaign.

Just the progressive agenda, out in full force.

Conservative commentator Charlie Kirk said Biden wants to be known as a president who “changed America’s trajectory” for the left, much like FDR or LBJ.

And, he said, Biden may be trying to one-up his old boss.

“He almost wants to prove to Obama that I can do what you couldn’t do when it comes to pandering to the liberal base and implementing progressive policy,” Kirk said.

That’s when Bartiromo dropped her bombshell – announcing what her sources have been saying.

“I know he’s on the phone all the time with Obama,” she said. “And I’m hearing that he’s running things from behind the scenes.”

But it doesn’t end there.

The West Wing and government agencies are full of Obama returnees.

“The incoming Biden administration has a distinctly Obama feel,” the Associated Press noted in December.

In fact, it’s looking a lot like Obama musical chairs… where the names are the same, just switched around to different positions.

Obama’s embattled U.N. Ambassador Susan Rice – who downplayed the 2012 terrorist attack in Benghazi and was involved in the unmasking of Trump campaign advisors including Michael Flynn during the 2016 campaign – is Biden’s director of the Domestic Policy Council.

Former Secretary of State John Kerry is Biden’s “climate envoy,” while Kerry’s number two at the State Department at the time, Antony Blinken, has been promoted to top spot.

In some cases, not even the chairs have changed: Vivek Murthy, who was Obama’s surgeon general, is back in that role for Biden. Ditto for Tom Vilsack at the Department of Agriculture.

While Biden ran as a middle-of-the-road Democrat with a hand outstretched to moderate Republicans, Bartiromo said that’s not what Biden promised the left during the primaries.

She noted that last spring, Biden vowed “to be the most progressive president in history” as he tried to win over the Sen. Bernie Sanders, I-Vt./Sen. Elizabeth Warren, D-Mass., wing of the party.

“One year later,” she said, “he’s doing everything possible to secure that legacy.”

But there could be another reason Obama is keeping in close contact with Biden… and it’s that the former president doesn’t trust his old VP to keep the ship running right.

If Bartiromo’s sources are correct, Obama isn’t underestimating that ability himself right now and has taken matters into his own hands behind the scenes.