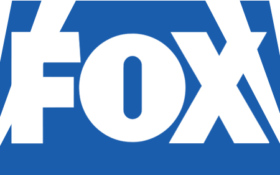 For a limited time only, conservative commentator Ben Shapiro is headed to Fox News to host a four-episode series on the midterm elections.

The new series airing Sunday nights at 8pm will be titled, “The Ben Shapiro Election Special” and it will begin airing on Sept. 23.

According to the announcement, Shapiro “will be joined by a panel of experts along with influential guests to discuss the major headlines of the week and their impact on the upcoming 2018 midterm elections.”

Shapiro has become particularly popular among young conservative voters. He is the founder and editor-in-chief of the online publication, The Daily Wire, and he also hosts a radio show and podcast, “The Ben Shapiro Show.”

“Ben is a rising star in conservative political commentary and we are excited to add his signature style and well thought out viewpoint to our pre-election weekend lineup,” said John Finley, senior vice president of development and production for the network.

Shapiro added, “I am honored to partner with FOX News where we can provide in-depth analysis on the voting trends that will be leading the polls this November.”

Each week, the one hour program will be dedicated to highlighted the major issues affecting young voters during the election season.