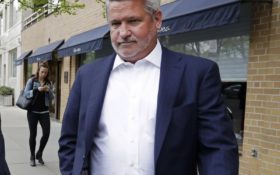 President Donald Trump is announcing Shine, the former co-president of the president’s preferred television channel, as his deputy chief of staff for communications. His expected hiring had reported last week.

The White House says Shine “brings over two decades of television programming, communications, and management experience to the role.”

His hiring comes as Trump is increasingly putting his stamp on the West Wing, as aides with more traditional experience leave the administration. Friday marks the last day for Joe Hagin, the veteran deputy chief of staff for operations.

Shine’s arrival comes amid Trump’s frustration with his news coverage heading into a contentious midterm election and the 2020 campaign.

Shine has been spotted in the White House since Monday.