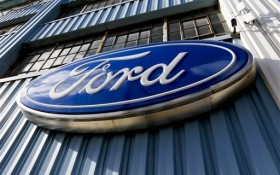 Ford is recalling nearly 391,000 Ranger pickups because the driver’s air bag inflators can explode with too much force and cause injuries.

The recall covers trucks from the 2004 through 2006 model years in the U.S. and Canada.

It comes just days after the government announced that a South Carolina man was killed when an inflator exploded in December. Joel Knight, 52, of Kershaw died when he was struck in the neck by metal shrapnel after his 2006 Ranger hit a cow in the road and struck a fence.

The government says automakers will recall another 5 million vehicles equipped with faulty inflators made by Takata Corp. of Japan. Some of the recalls are because of the crash that killed Knight, with the rest due to air bags failing in lab tests.

Other automakers are expected to announce more recalls soon as the Takata inflator mess continues to grow. It now covers 14 auto and truck makers and totals about 24 million vehicles. The National Highway Traffic Safety Administration says the number of recalls is likely to expand further.

Takata uses the chemical ammonium nitrate to cause a small explosion that creates gas and inflates air bags in a crash. But the chemical can deteriorate over time when exposed to high heat and humidity and burn too fast, blowing apart a metal canister designed to contain the explosion.

Knight is the 10th known death worldwide due to the inflators, and more than 100 people have been hurt.

Ford says it will send letters to owners about the recall starting the week of Feb. 22. Although it has some replacement parts available, the company is working with air bag makers to make additional inflators as soon as possible, spokesman John Cangany said.

The Rangers also were recalled last year to replace the passenger air bag inflators. Ford says customers can find out if their trucks are included by going to Ford.com and clicking on “safety recalls.” Then they can enter their vehicle identification number to check.

Knight hit the cow at about 6:20 p.m. on South Carolina Route 522 not far from Columbia. If not for the inflator rupture, the crash would have been moderate and wouldn’t have killed him, said Amanda Dotter, spokeswoman for the Elrod Pope Law Firm, which is representing his family.