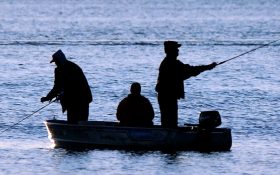 It wasn’t exactly the catch a Florida man was hoping for while fishing in the Atlantic Ocean. Instead, deputies say a drunken 22-year-old woman cursed at him before swimming up to his fishing line, biting it and swimming away with the rigging.

Deputies asked Alexandria Turner to come to the pier office, but she became belligerent. Investigators say Turner created a scene and upset the “sense of public norm at the pier” when they tried to take her into custody.

She was arrested on suspicion of intoxication and resisting arrest.