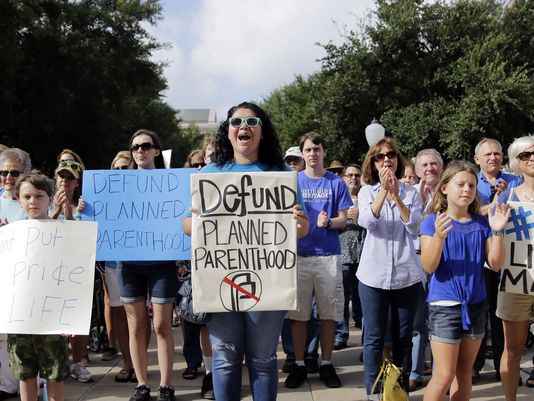 The move may be ceremonial, but the House Judiciary Committee will hold Congress’ first hearing on the Planned Parenthood videos next Wednesday. And the title they’re using leaves little doubt about where majority Republicans stand on the issue.

The panel said next week’s session will be the first of several hearings they’re calling “Planned Parenthood Exposed: Examining the Horrific Abortion Practices at the Nation’s Largest Abortion Provider.”

Further signaling the GOP’s eagerness to dive into the subject, the hearing is coming just a day after lawmakers return from their summer recess.

The committee says its investigation includes whether Planned Parenthood has violated a federal prohibition against a procedure abortion foes call partial-birth abortion. Aides would not say who was being called to testify.

GOP congressional leaders say they lack the votes to force President Barack Obama to accept such cuts and say they won’t let the dispute result in a government shutdown.