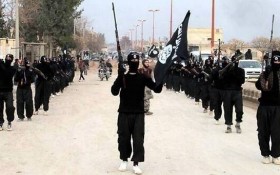 The FBI and other US law enforcement agencies are warning that ISIS has been attacking and attempting to hack into the American power grid.

Officials revealed these attacks this week during a conference of American energy firms, and said ISIS’ attempts could get more sophisticated and dangerous.

And it could only be a matter of time before they achieve some level of success.

A successful attack on the American power grid would disrupt the flow of electricity to American hospitals, businesses, and police stations, and the attacks have US security agencies worried.

Caitlin Durkovich, the assistant secretary for infrastructure protection at the Department of Homeland Security, had a chilling warning for the energy executives: “ISIL is beginning to perpetrate cyberattacks,” she said, using another acronym for the terror organization.

So far the attacks by the Islamic State have been unsuccessful and fairly amateurish. But ISIS is demonstrating “strong intent”, according to John Riggi, a section chief at the FBI’s cyber division, who went on to explain how these ISIS attacks may become stronger and stronger.

According to a CNN report, “hacking software is up for sale in black markets online. That’s often how mafias acquire the cyberweapons they use to break into companies and steal giant databases of information they later sell to fraudsters.”

ISIS could acquire these same high-power hacking software systems – and use them to sow chaos.