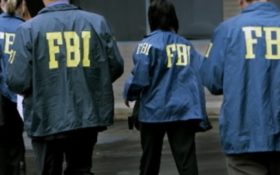 The FBI raided the home of an influential Washington, D.C. Democratic politician early on Friday morning, looking for evidence that he “knowingly” violated ethics rules for his friends benefit instead of serving the interest of taxpayers.

The Washington Post reported Friday that FBI agents raided D.C. Councilman Jack Evans’ Georgetown home in the early hours of the morning, forcing the longtime Democrat to wait outside in his car.

A recently released memo alleged Evans “repeatedly and proactively” used his position to benefit a company that was secretly paying him $50,000 annually.

The 20-page document details a huge amount of corruption, written by an outside law firm hired by the Washington Metropolitan Area Transit Authority board to investigate conflicts of interest, was released just days before the FBI raid.

“Our investigation uncovered a pattern of conduct in which Evans attempted to and did help his friends and clients and served their interests, rather than the interest of [the Washington Metropolitan Area Transit],” the memo said.

“The evidence uncovered through our investigation demonstrates that Evans’s ethical violations occurred not by accident, but ‘knowingly,’” the document read.

According to The Post and the memo, Evans’ consulting company was collecting over $300,000 annually from various companies doing business with the city, a reported conflict of interest.

Evans has not yet been charged with a crime. The FBI has declined to comment on the raid.

The D.C. city council had been silent on the issue, but spoke out against Evans after the memo was released.

“It is imperative that public officials maintain high ethical standards,” Council Chairman Phil Mendelson told The Post. “Public trust is critical. At the same time, it is delicate and precious. We must now work to regain it.”

Stephen Dietrich is the Associate Publisher of The Horn News