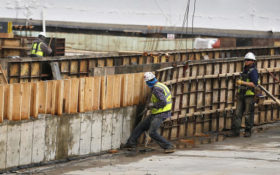 President Barack Obama’s administration has mistreated and abused our nation’s veterans for far too long — and now the FBI is finally stepping in.

Under Obama, the Department of Veteran Affairs has been repeatedly caught subjecting veterans to poor treatment.

Officials often blame a lack of funds from the government for the scandals.

But the most recent accusations totally debunks that excuse, and authorities believe Obama’s VA executives were simply wasting taxpayer dollars – and lying under oath about it!

The Justice Department is considering whether to investigate allegations that Veterans Affairs Department executives lied to Congress to conceal massive cost overruns at a $1.7 billion VA hospital under construction outside Denver.

The FBI’s Washington field office is reviewing the allegations, the Justice Department said in a letter to Congress. The letter was dated Dec. 9th and made public Tuesday.

The FBI is part of the Justice Department.

Lawmakers accuse VA executives of lying when they testified before the House Veterans Affairs Committee in 2013 and 2014 about the cost of the hospital in suburban Aurora. The current projected price tag is nearly triple the 2014 estimate.

The VA declined to comment on the lawmakers’ allegations. In a written statement, the department said it has already acknowledged mistakes on the project and made changes to its construction practices.

A bipartisan group of 21 lawmakers on the Veterans Affairs Committee asked for an investigation in September. The request came after the VA’s internal watchdog office said Glenn Haggstrom, formerly the department’s top official in charge of construction projects, knew the hospital cost was soaring but didn’t tell Congress.

The lawmakers also asked the Justice Department to look into congressional testimony by Stella Fiotes, director of the VA’s Office of Construction and Facilities Management.

Haggstrom and Fiotes told the committee that no cost overruns were expected and that the project would be finished at or near its budget of about $604 million, according to transcribed excerpts from the committee.

Haggstrom retired in 2015, one day after he was questioned by VA officials about what went wrong, department officials have said.

“This case is a slam dunk, and it’s imperative for Department of Justice officials to ensure justice is served,” Miller said in a written statement.

“It is an absolute fact that numerous VA officials repeatedly misled Congress regarding cost overruns,” he said.

Colorado Rep. Mike Coffman, a member of the committee, said he expects the FBI to investigate.

“If they don’t, and there are no consequences for federal officials of the executive branch to lie when they’re under oath, then Congress simply cannot exercise its oversight,” he said.

Investigations into the hospital project have said mismanagement, delays and lax oversight by the VA added hundreds of millions of dollars to the cost and delayed it by years.

Construction on the 184-bed facility is expected to be done in January 2018. It will replace an aging, overcrowded facility still in use in Denver.