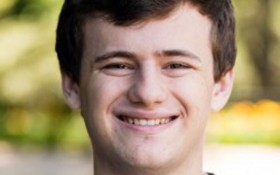 Washington College in Maryland has evacuated its campus as the FBI hunts for an armed student they believe is potentially dangerous.

College spokesman Michael O’Connor says the parents of sophomore Jacob Marberger notified the school early Monday that the student returned home outside Philadelphia in the middle of the night and retrieved a rifle.

The Washington Post reported Marberger was last seen buying ammunition for the rifle at a local Wal-Mart, and his parents said he hasn’t responded to any of their calls or texts.

Because of social media chatter, law enforcement determined Marberger to be a threat and recommended the college be evacuated.

The student was a leader in student government, the speaker of the senate, and a member of Phi Delta Theta fraternity who had become distressed over his status at the school.

Things began to go downhill for Marberger in October when he got in trouble for drunkenly waving a handgun in the air at his fraternity house. He was suspended from school for a week and a half, kicked out of his fraternity, and resigned his position with student government. An Honor Board hearing was scheduled to determine if Marberger would be expelled from Washington College at the end of the semester.

The college says police in Chestertown, where the college is located, currently consider Marberger a missing person.

Washington College President Sheila Bair said at a Tuesday afternoon news conference that the school would be closed until the matter is resolved.

The private school is on the Maryland’s Eastern Shore, located on a 112-acre campus and was founded in 1782, when George Washington gave the school it’s original endowment after the American Revolution. It has about 1,450 students.