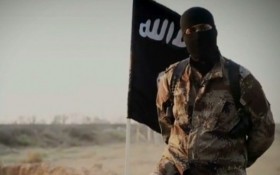 Is President Barack Obama more concerned about being politically correct than he is about keeping Americans safe?

According to some critics, yes. And the director of the FBI has a warning — up to a thousand possible ISIS recruits are currently on American soil.

And more may be coming.

So why isn’t the president rounding them up?

The director of the FBI said Tuesday that the Islamic State group is currently the main threat facing the United States, both in its efforts to recruit fighters to join its members overseas and to have others carry out violence in America.

Director James Comey said the ISIS group poses a third potential threat: a “terrorist diaspora” that he said will eventually flow out of Syria and Iraq and end up in Western Europe, where members will have easy access to the U.S.

In fact, the FBI is already investigation 1,000 people in the U.S. who may be ISIS recruits or sympathizers.

“There’s three prongs to this ISIL threat,” Comey said, using an alternative acronym for the terror group. “The recruitment to travel, the recruitment to violence in place, and then what you saw a preview of in Brussels and in Paris — hardened fighters coming out, looking to kill people.”

He said officials are “laser-focused on that.”

Comey took questions from reporters Tuesday in the FBI’s Minneapolis office as part of a two-day visit to the region that included meetings with community leaders and local law enforcement. Comey responded to questions about the heroin epidemic, shootings involving officers and surveillance issues, but the bulk of his comments were about the Islamic State group.

Last week, three Minnesota men from a former Somali refugee community were accused of plotting to join the ISIS group were convicted of conspiring to commit murder overseas — which carries a potential life sentence — as well as conspiracy to provide material support to a foreign terrorist organization and other charges.

The defendants — Guled Ali Omar, 21; Abdirahman Yasin Daud, 22; and Mohamed Abdihamid Farah, 22 — were among a group of friends who prosecutors say recruited and inspired each other to travel to Syria. A total of 10 men were charged in the conspiracy; six pleaded guilty and a seventh is at large, believed to be fighting in Syria.

Comey said the FBI is continuing to focus on the Islamic State group, and there are close to 1,000 open cases nationwide involving people at various stages of recruitment. He said the group’s slick videos and propaganda can resonate with people of all ages, but seem to draw in people under 30 who are “unmoored” in some way.

He said he hopes the FBI’s work, including the convictions in Minneapolis, will send a message that “there will be severe consequences for people who go down that path.”

Comey added that the number of active ISIS-related cases hasn’t decreased, but the number of people seeking to travel to Syria has dropped since the end of last summer — going from about six to 10 attempted travelers each month to about one or two.

He said he can’t pinpoint the reasons for the trend, but it’s possible people are traveling to other Islamic State outposts, have been deterred by the outcomes of other criminal cases, or have been stopped by families and community members.

Another — and more disturbing — possibility is that some are staying in the U.S. and looking to carry out violence here, Comey said.

“It’s good news the traveler numbers have come down,” he said. “I don’t know exactly what to make of it yet.”

Comey was in Williston, North Dakota, on Monday to open a new FBI office that will focus on crime in the Bakken region, which has spiked with the oil boom. The FBI’s Minneapolis division covers Minnesota, North Dakota and South Dakota.