Father charged with theft for taking away his kid’s cell phone!? - The Horn News 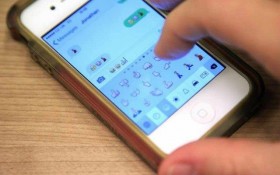 A Texas father who was accused of theft after he confiscated his 12-year-old daughter’s cellphone over an inappropriate text has been acquitted of the misdemeanor charge.

Grand Prairie police arrested Jackson a few hours after he commandeered his daughter’s cellphone and refused to return it. The 36-year-old father says a text he found on the phone was rude.

The girl’s mother says she owns the cellphone and reported the confiscation as theft.

Jackson posted $1,500 bail to get out of jail, but later received a mailed citation for theft. He refused to pay.

The father went to court and successfully fought the citation involving his now-15-year-old daughter.