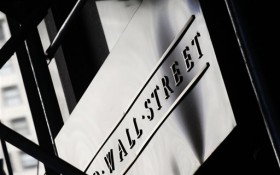 GLOBAL FEARS: It’s a busy week on the economic data front, particularly in the U.S., where the week ends with monthly payroll figures. So far, the numbers haven’t impressed. On Monday, the Institute for Supply Management said its gauge of factory activity pointed to a contraction while China’s official survey found that manufacturing fell to its lowest level in more than three years.

“This is a market that’s not going anywhere fast. Weak China, weak oil is still with us and will be with us for a while. The market needs time to work through this, and until then, we will see more volatility, particularly because of China,” said Anatasia Amoroso, a global market strategist at JPMorgan Asset Management.

OIL SLIDE: The two reports weighed heavily on oil prices, and the selling pressure continued on Tuesday. Benchmark U.S. oil slumped $1.74, or 5.5 percent, to close at $29.88 a barrel on the New York Mercantile Exchange, a day after it plunged nearly 6 percent. Brent crude was down $1.36, or 4 percent, to $32.89 a barrel in London.

“Hope is extinguished for now, as the now two-day fall in crude has regained the market’s focus,” wrote John Briggs, head of Americas fixed income strategy at RBS, in a note to investors.

Chevron and Exxon, once the two world’s largest publicly traded companies, are showing signs of stress under low oil prices. Exxon reported its lowest profit since 2002 and also announced it was curtailing its stock buyback program. Chevron posted its first quarterly loss since 2002 as well.

BARBIE BONANZA: Mattel rose $3.24, or 12 percent, to $30.00 after the company reported higher profits and revenue in the company’s closely watched fourth quarter. It was helped by sales of Barbie dolls.