Exposed! The REAL truth behind the Planned Parenthood shootings - The Horn News 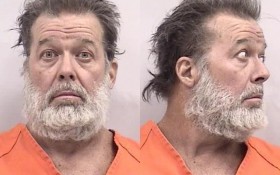 Before the victims were even identified, pro-abortion activists were using the tragedy in an attempt to win sympathy for their cause.

In a statement issued shortly after the shooting, Planned Parenthood attempted to lay the blame for the shooting at the feet of anti-abortion groups, and claimed the tragedy was fueled by “hateful rhetoric.”

But much of the mainstream media’s – and Planned Parenthood’s – reporting about the shooting has been filled with half-truths and outright lies meant to demonize the pro-life movement. Here are just three that they hoped you’d never learn about.

Lie #1: The shooter was politically motivated

While alleged gunman Robert Lewis Dear reportedly made a reference to “baby parts” to authorities – a fact that was seized upon by Planned Parenthood and its allies – he wasn’t exactly a seasoned political operative. In fact, by most accounts, he is insane.

Much of what Dear said to police was reportedly rambling and disjointed. Neighbors who lived near Dear’s remote cabin said they never heard him talk about abortion or religion, but he appeared to be mentally disturbed.

Dear is apparently deeply troubled, and throughout his life has been accused of everything from domestic assault to animal cruelty to being a peeping tom.

Dear seems to have fired more or less indiscriminately during his siege. But none of the three people killed were Planned Parenthood employees or patients. One victim was a Gulf War veteran, Ke’Arre Stewart, who was just using a cell phone outside the clinic. And the police officer who was slain while responding to the attack, Garrett Swasey, was actually a devoutly Christian pastor at a local church.

Several GOP presidential hopefuls including Donald Trump, Mike Huckabee and Carly Fiorina spoke out against the shooting, with Trump even calling Dear a “maniac.”

Lie #4: Planned Parenthood would not attempt to politicize the tragedy

It looks like America’s largest abortion provider has every intention of turning Friday’s shooting into a cash windfall. Celebrities and Planned Parenthood supporters like model Chrissy Teigen put out a call for donations for the group. And just two days after the tragedy, Planned Parenthood Action Group — a fundraising arm of the organization — published a tweet asking followers to sign a petition that would put them on a fundraising email list.

Send a message to those who go to shocking extremes to close our doors: We aren’t going anywhere. Sign on: https://t.co/oBXX5m558C