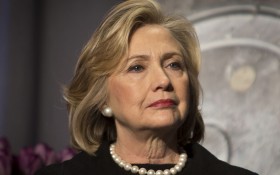 Throughout the summer, Hillary Clinton’s presidential campaign has increasingly wilted at the polls.

Now, with the strong performance from Vermont Senator Bernie Sanders at the Tuesday Democratic debate, the Democratic Party machine has started to panic — and it looks like they’re using the media to push back.

The Associated Press proudly reported that Clinton’s backers were calling the debate the best two hours of her campaign and supporters received a fundraising email from President Bill Clinton with the subject line “She won.”

But there’s just one problem — the public seems to have declared Sanders the winner.

And Sanders’ supporters believe that mainstream web sites are keeping them from defending their candidate and questioning Clinton’s performance.

Some Sanders backers are accusing these sites of deleting their pro-Sanders comments.