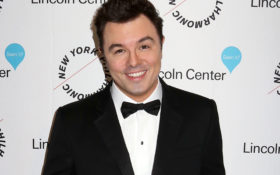 Many Hollywood celebrities have decided to take the plunge into politics, all in an effort to try and push President Donald Trump out of the White House.

Sunday marked 100 days until the November Election Day, and one expert expects that with only three months to go, Americans should expect to see celebrities increase their involvement.

“I would not be surprised that, given this more highly politicized environment of Hollywood and the frustration of many celebrities of the outcome of the 2016 election, that they would see this as an opportunity to push forward the change they want into the midterm elections,” says Kathryn Cramer Brownell, an associate professor of history at Purdue University.

“Given the experience of the 2016 election, and just in general the changes in Hollywood and #MeToo America, you see more people thinking about, ‘OK, how can I get involved in these issues?’” adds Brownell, the author of “Showbiz Politics: Hollywood in American Political Life.”

Stars that have become more politically involved claim that now they know how to be active — and to them, it means by forking over thousands of dollars.

“Family Guy” creator Seth MacFarlane donated an overwhelming $2 million to the Senate Majority PAC in April. Not surprisingly, the PAC has ties to Democratic leadership.

Several other celebrities, including Will Ferrell, Kate Capshaw and Michael Douglas, have donated thousands of dollars to to Senator Sherrod Brown’s reelection bid in Ohio.

Hollywood celebrities are not only planning to cut a check for their favorite politicians this election, but experts also expect to see the stars engaging in political activism.

“We saw some of this in ’14 and I assume we’ll see more of this in ’18: celebrities using their power online to spur people, especially younger voters, to go out and vote,” says Rodell Mollineau, a Democratic strategist with Rokk Solutions.

While it is super important for younger Americans to get out and user their voices to vote, celebrities should probably stick to their day jobs and stay out of the political scene.

With only 100 days until the midterms, Republicans need to turn up the heat and outshine these crazes celebrities.

It’s going to be a major disappointment for these liberals when they find out they wasted thousands supporting candidate that fail to cross the finish line in November.