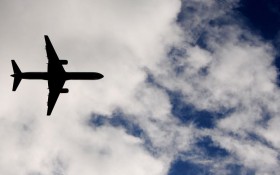 Emergency responders say a malfunction in a fire-suppression system at a Maine airport filled a building with foam and briefly trapped four people inside.

The Sun Journal reports firefighters responding to the Lufthansa hangar at Auburn-Lewiston Municipal Airport on Monday morning walked into a wall of foam higher than their heads.

Firefighters were able to find people who were lost inside the building. Low says they were on an upper level and were able to stay out of the foam itself.

The Sun Journal reports a few people were covered in the foam and some inhaled it. Two people were taken to a hospital and are expected to be released.