England getting a new national anthem? - The Horn News 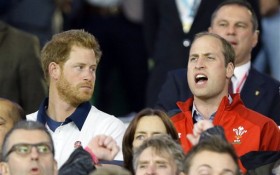 Will England bid goodbye to “God Save the Queen”?

“God Save the Queen” is the national anthem of the United Kingdom — made up of England, Scotland, Wales and Northern Ireland — and is played at the Olympics and other events where the U.K. fields a single team.

At contests where the four areas compete separately, such as the rugby and soccer World Cups, England and Northern Ireland generally use “God Save the Queen,” but Scotland and Wales have their own official songs — “Flower of Scotland” and “Land of My Fathers.”

Labour Party lawmaker Toby Perkins said adopting an English anthem would “re-establish the idea that the United Kingdom is a union of four separate nations with their own identities.”

Perkins told the House of Commons that said “Jerusalem,” regarded by many as England’s unofficial anthem, was the most obvious choice. The song, whose words are by 18th-century poet William Blake, vows to transform an England of “dark satanic mills” into a “green and pleasant land.”

Under Perkins’ proposed change, “God Save the Queen” would continue to be sung at British team events. Northern Ireland could either stick with the status quo or choose its own anthem.

Lawmakers agreed to hold a full House of Commons debate in March on Perkins’ bill, which calls on the government to consult the public on a new anthem.

The Associated Press contributed to this message.