Eastern US receives snow, including Florida panhandle - The Horn News 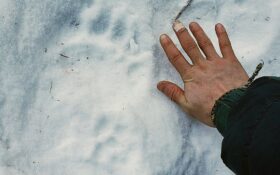 Parts of the Florida Panhandle got a dusting of snow early Monday after temperatures dropped dramatically from the previous day when the thermometer was at typical beach weather.

The Okaloosa County Sheriff’s Office posted video a deputy captured on patrol showing falling snowflakes bathed in the light of a lamppost in a store’s parking lot.

Only 12 hours earlier, the temperature had been 75 degree Fahrenheit (23.8 degrees Celsius), the post said.

“Well how’s this for a temperature change? “From 75 degrees at 3 in the afternoon to snow at 3 am,” the post said. “Bundle up out there!”

Michele Nicholson, a spokeswoman for the Okaloosa County Sheriff’s Office, said in an email that the snow didn’t stick so it didn’t cause any problems. The county is home to two popular beach destinations, Fort Walt Beach and Destin.

Don Shepherd, a senior forecaster for the National Weather Service in Mobile, Alabama, said in a phone interview that the dusting was “just a few little flurries.”

The last time the Florida Panhandle had any significant winter weather was in January 2018 when a storm dumped snow in Tallahassee for the first time in three decades and forced the closure of schools, offices and a stretch of Interstate 10.

The National Weather Service in Mobile, Alabama, whose territory includes the Florida Panhandle, warned Monday that it was going to be unusually cold for the area and would feel colder than the actual temperature because of breezy conditions.