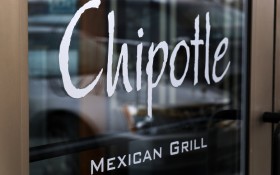 As a result of recent food scares, Chipotle plans to close all of its stores for a few hours next month for a company-wide meeting on food safety.

Chris Arnold, a spokesperson for Chipotle, told the Oregonian that the meeting will cover a wide range of topics, including hard work of employees, enhancing food safety, and answering any questions employees might have. The meeting is expected to take place on February 8th.

Chipotle announced Wednesday that it will launch a marketing push in February to begin its road to recovery after the series of food scares, and that it’s confident it can win back customers over time.

The remarks come after Chipotle’s sales plunged 30 percent in December. Its troubles began after an E. coli outbreak came to light at the end of October, with additional cases being reported over the next several weeks. Then, in what Chipotle says was an unrelated case, a norovirus sickened dozens at a Chipotle in Boston.

At an investment conference in Orlando, Florida on Wednesday, Chipotle executives said the company is taking measures to reduce the risk of another food scare to “near zero.” They said they would start “inviting customers back” to restaurants in February with stepped-up marketing and direct mail offers. They said food safety will not be explicitly referenced in the marketing, but that there might be a “clever headline.”

The company did not provide other details.

Chipotle Mexican Grill Inc., which is based in Denver and has more than 1,900 locations, said it has already made many changes to tighten its food safety. The steps include moving the chopping of tomatoes and lettuce to a centralized location, and blanching onions to kill germs before they’re chopped.

During the half-hour presentation at the ICR conference, Chipotle founder and co-CEO Steve Ells noted customers will still see food preparation in restaurants, including the grilling of steaks and steaming of rice. That sense of freshly prepared ingredients has been one of Chipotle’s attractions as it has sought to distinguish itself from traditional fast-food chains.

Ells noted the company’s dedication to food quality in the past, and added that he was confident the company would win back customers and emerge as a stronger company.

Executives said they expect the Centers for Disease Control and Prevention to declare the E. coli outbreak to be over at some point. The agency has not identified an ingredient that was responsible for the E. coli outbreak, and Chipotle has said it may never know what was to blame.

Still, its food scares over the past year will likely remain an issue for Chipotle. Last week, the company said it was subpoenaed by federal authorities as part of a criminal investigation tied to a different norovirus outbreak in California over the summer. Lawsuits have also been filed on behalf of customers sickened after eating at the chain.