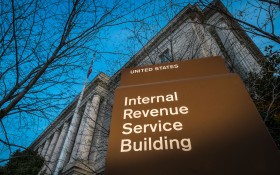 Millions of Americans could soon see a huge spike in health care fees and taxes, thanks to another tax hike as a part of Obamacare.

The last major piece of President Barack Obama’s health care law will dramatically raise health care costs for large corporations when it takes effects in 2018. But as companies plan ahead for the hit, they may start passing the costs onto workers now, experts say.

At issue is the so-called “Cadillac tax” on companies, which was meant to discourage them from offering extravagant health coverage. But critics say it taxes many essential services, not luxuries.

With time, an increasing number of companies will be exposed to the tax, according to a recent study. The risk is that middle-class workers could see their job-based benefits diminished or their coverage costs skyrocket.

First to go might be the “flexible spending accounts” offered by many companies. The accounts allow employees to set aside money tax-free for annual insurance deductibles and out-of-pocket health costs. That money comes out of employees’ paychecks, and they’re not able to use it for other expenses. Savvy consumers see it as a way to stretch their health care dollars and reduce their tax burden.

The catch is that under the law those employee contributions count toward the thresholds for triggering the tax.

There are other wrinkles: Companies in areas with high medical costs, such as San Francisco, are more likely to be exposed to the Cadillac tax than those in lower-cost areas like Los Angeles.

Republicans in Congress and a sizable contingent of Democrats are calling for repealing the tax.

Joe Kra of the benefits consultancy Mercer said he believes many employers will be required to make fundamental changes in their health plans to mitigate the tax’s impact. Measures such as ditching flexible spending accounts may not be enough. That would accelerate a shift to high-deductible plans that require workers to pay a bigger share of health costs before insurance kicks in.
___