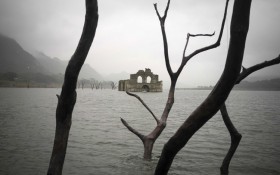 Look what the drought has revealed – a 450-year-old church!

Leonel Mendoza fishes every day in a reservoir surrounded by forest and mountains in the southern Mexico state of Chiapas. But in recent days, he also has been ferrying curious passengers out to see the remains of a colonial-era church that has emerged from the receding waters.

A drought this year has hit the watershed of the Grijalva river, dropping the water level in the Nezahualcoyotl reservoir by 25 meters (82 feet).

It is the second time a drop in the reservoir has revealed the church since it was flooded when the dam was completed in 1966. In 2002, the water was so low visitors could walk inside the church.

“The people celebrated. They came to eat, to hang out, to do business. I sold them fried fish. They did processions around the church,” Mendoza recalled during a telephone interview Friday. 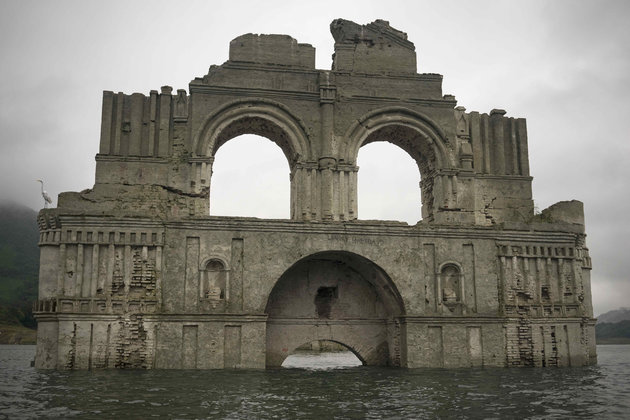 The church in the Quechula locality was built by a group of monks headed by Friar Bartolome de la Casas, who arrived in the region inhabited by the Zoque people in the mid-16th century.

“The church was abandoned due the big plagues of 1773-1776,” said architect Carlos Navarete, who worked with Mexican authorities on a report about the structure.

It depended on the nearby monastery of Tecpatan, founded in 1564. Navarrete believes that based on architectural similarities, it is the work of the same builder at very nearly the same time. Its importance was derived from its location on the King’s Highway, a road designed by Spanish conquistadors and still in use until the 20th century.

“At that time we still found the wood from the chorus loft and the roof beams,” he said. “Also a large ossuary of the victims of the plague that depopulated the area.”

“It was a church built thinking that this could be a great population center, but it never achieved that,” Navarrete said. “It probably never even had a dedicated priest, only receiving visits from those from Tecpatan.” 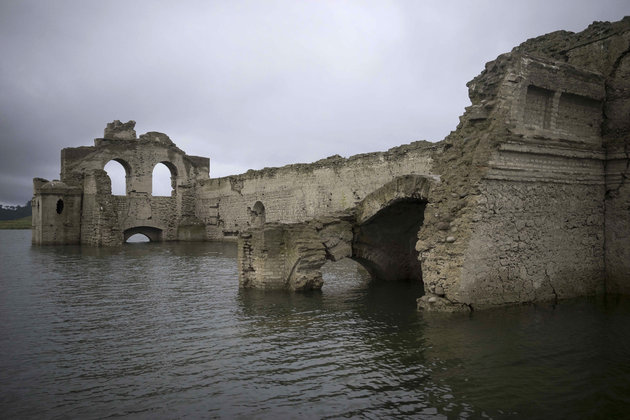