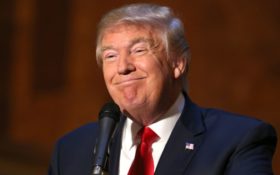 According to reports, Trump and his team are planning to put over ten trillion dollars back in taxpayers pockets.

Reports are emerging that, unlike his predecessors, Trump and his administration team are preparing serious change. Or, as The Hill eloquently put it, “Donald Trump is ready to take an ax to government spending.”

Staffers and Trump insiders have been meeting around the White House ahead of Friday’s presidential inauguration to discuss their plans focusing on “numbers that would rock Washington,” according to Fox News.

Reports indicate the Trump team is planning a ten percent cut in government spending, and would potentially lay of twenty percent of all federal employees.

The transition plan is said to closely follow the sweeping reform recommendations proposed by The Heritage Foundation, a conservative think tank, in their “A Blueprint for Balance: A Federal Budget for 2017” outline for government overhaul.

Comment “Drain the swamp!” below if you support Donald Trump’s plan.