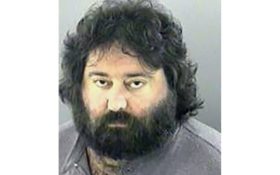 A co-founder of Dragon Con has reached a plea deal in a case that accused him and three others, including a judge, of illegally accessing a Georgia courthouse computer network.

Kramer on Monday entered an Alford plea in the case, The Atlanta Journal-Constitution reported. An Alford plea allows a person to maintain his innocence while carrying the consequences of a guilty verdict.

He, Karic and Ward are all expected to testify in Schrader’s trial, which is scheduled for next week.

Karic agreed last month to enter a pretrial diversion program and Ward entered a plea deal and got two years of probation, the newspaper reported.

Kramer won’t be sentenced until after Schrader’s trial.

Schrader has been suspended by the Judicial Qualifications Commission.

Ward had Karic, a forensic specialist, install a monitoring device on Schrader’s computer, and had Kramer, who worked for him as a forensic analyst, monitor and analyze the collected data.

Kramer was working on an analysis for Schrader to bring to federal authorities when he was arrested in late February and accused of photographing a minor without parental consent, which is illegal for sex offenders. Authorities said the incident occurred at a doctor’s office. Kramer had to register as a sex offender after a 2013 conviction on charges of child molestation.

When investigators seized Kramer’s electronics as part of that investigation they discovered files related to the judge on his computer, Porter has said. The district attorney said that was the first he’d heard of Schrader’s suspicions against him and that he turned the case over to the Georgia Bureau of Investigation and recused himself because he was a potential witness in the case.

The Prosecuting Attorney’s Council of Georgia is handling the prosecution.

But this week’s plea doesn’t resolve Kramer’s legal woes. He still faces charges connected to his arrest at the doctor’s office last year. Prosecutors also got another indictment against him in October saying he possessed a digital image showing a minor “engaged in sexually explicit conduct,” specifically a naked prepubescent boy “with an unknown substance dripping down from the pubic area of said minor, said image containing the caption ‘Popsicle Drips, 1985.’”

Kramer co-founded Dragon Con, a popular sci-fi, fantasy and gaming convention held over Labor Day weekend in Atlanta, in 1987. He hasn’t been involved in the event since he was arrested in August 2000 on charges of molesting teenage brothers.