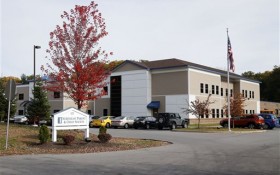 In a video he made with his PlayStation, a 12-year-old developmentally disabled boy in a group home points to his swollen right eye and says, “Mom, this is what it looks like. … He slammed me.”

His camera keeps rolling as his adult caretakers enter his room, where they can be heard but not seen on the video. One calls the boy “stupid ass,” and another warns: “I’m gonna kill a kid and you might be the one I kill. … You want me to f—— hurt you, boy?”

The recording ends with the boy looking again into the camera, on the verge of tears, whispering, “Mom … I’m scared.”

That was last year, and to date, no one has been prosecuted. New York’s Justice Center, the state agency created to hold caretakers accountable, investigated and said it substantiated allegations the boy had been physically and psychologically abused. But a judge refused to sign off on charges.

In fact, an examination of misconduct complaints against caretakers in New York found that only a small percentage — a disturbingly small one, according to some activists — are prosecuted.

Since the start of 2014, the Justice Center — established to protect the 1 million disabled, addicted, mentally ill and young people getting state care — has received more than 25,000 allegations of abuse and neglect by caretakers and substantiated about 7,000 of them. But just 169 cases, or less than 2.5 percent, have resulted in criminal charges.

Of the 132 allegations that involved deaths, the center has substantiated 34 cases so far but has prosecuted only one.

The figures, obtained from the Justice Center and through Freedom of Information requests by the AP, have some critics questioning whether the agency is fulfilling its mandate to obtain justice for those who often can’t speak up for themselves.

“That’s not a very good record of success,” said Harvey Weisenberg, a former state assemblyman who co-sponsored the legislation creating the Justice Center but has been disappointed by the way it has turned out.

National experts say New York is not the only state with relatively low prosecutions in such cases.

“These cases, unfortunately, are rarely prosecuted,” said Kathleen Quinn, executive director of the National Adult Protective Services Association. “These are people that are invisible in the larger world.”

Experts note that mistreatment allegations can be hard to prove because caretakers are reluctant to testify against each other and because cases often rely on victims with intellectual or physical disabilities that don’t make for good witnesses.

“They’re not all winnable,” said Nancy Alterio, executive director of a similar oversight agency in Massachusetts, the Disabled Persons Protection Commission. “That’s one of the challenges — when they report, they’re not believed.”

Nevertheless, the Massachusetts agency reported 155 prosecutions in fiscal 2014, more than New York’s 95 for a similar period, in a state with less than one-third the population.

Alterio said her agency was able to achieve that through agreements with the state’s 11 district attorneys. And she said that prosecuting difficult-to-prove cases can at least put suspected homes and caretakers on notice that they are being watched and let victims know they’re believed.

Mary Lee Fay, executive director of the National Association of State Directors of Developmental Disabilities Services, said New York’s real issue is: “What are they doing to increase those numbers? How are they working with district attorneys and others where they really can deliver prosecutions?”

The Justice Center for the Protection of People With Special Needs was created in mid-2013, pushed by Gov. Andrew Cuomo following a New York Times series on horrific abuse cases that had been handled internally without charges. “We will not allow people in the care of New York to be abused. Period,” the governor said at the time.

Among the tools at the center’s disposal: a statewide hotline and a staff of 429, including investigators and seven prosecutors empowered to bring criminal cases against caretakers, even when local prosecutors decline.

Among those who say they are still waiting for justice is the mother of the boy who made the video on his PlayStation at the Northeast Parent and Child Society group home in Schenectady.

The video is now part of a federal lawsuit brought by the mother that contends he was assaulted repeatedly over five days by the staff. In one instance, he was choked with the power cord to the very game he used to make the video, according to the lawsuit.

In letters to the boy’s mother a year later, the Justice Center said it substantiated the allegation that a staff member restrained the boy with excessive force, “which included elbowing and/or striking him on his face, which resulted in a swollen and/or bruised eye.”

The center didn’t conclude the boy was throttled with the electrical cord, but did find that a staff member improperly restrained him, including putting him “in a one-person prone restraint while he had a cord around his neck.”

The mother can not identified by name in the lawsuit and spoke on condition of anonymity to protect the identity of her underage son.

Her attorney, Robert Santoriella, said the beatings continued days after the boy quietly slipped his mother the PlayStation with the video, even after she called the Justice Center and the Schenectady police and a local TV station had aired the footage.

The mother said the boy, identified in court papers only as R.W., has been moved to another facility and hasn’t been the same since the beatings. Once active and playful, he now just stares out the window for hours at a time, she said.