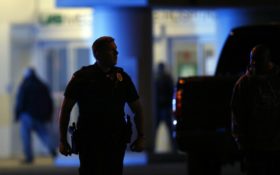 Authorities say a disgruntled worker killed a nursing supervisor and wounded another medical worker before killing himself inside a hospital in Birmingham, Alabama.

The say another worker was wounded but survived. Authorities described the shooter as a disgruntled worker who then turned the gun on himself.

Authorities didn’t release the names of the wounded person or the suspected gunman. The hospital said one of them was a contractor, but wouldn’t say which one.

UAB Highlands is a campus of UAB Hospital, part of the medical school at the University of Alabama at Birmingham.

Officials say metal detectors were in use, but they didn’t explain how the shooter entered the building with a gun.