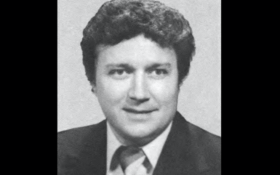 A federal grand jury indicted a former Pennsylvania Democratic congressman, accusing the well-connected Philadelphia Democrat of election fraud during primary elections in 2014, 2015, and 2016.

He was infamously expelled from Congress after he was caught taking bribes in the Abscam sting investigation in the 1970s — with paying cash to an election judge to fabricate votes for his clients.

Now the disgraced candidate is returning to familiar territory with his crimes.

Myers, 77, is accused of election fraud, conspiracy, and obstruction in the indictment, which was issued Tuesday and made public on Thursday. Myers’ attorney declined comment.

Jurors charge that Myers gave cash to elections judge Domenick J. DeMuro, who awaits sentencing after pleading guilty earlier this year to conspiracy to deprive voters of their civil rights and other violations.

In return, the jurors said, DeMuro added fake votes to the total for Myers’ campaign consultancy clients, who were not identified in the indictment.

“If only one vote has been illegally rung up or fraudulently stuffed into a ballot box, the integrity of that entire election is undermined,” McSwain said. “Votes are not things to be purchased and democracy is not for sale.”

In the Abscam sting, Myers was convicted of bribery and conspiracy for taking money from FBI agents who posed as Arab sheiks. A former ward leader and former cargo checker on the Philly waterfront, he was captured on tape saying a $15,000 bribe was not sufficient.

Myers was expelled from Congress in 1980 and served more than a year in federal prison before his release in 1985.

He had also served six years in the state House before his 1976 election to Congress.

Prosecutors have said DeMuro faces up to 15 years when he is sentenced in September.