Diplomat: “Obama is mentally unwell… Is he impeachable?” - The Horn News 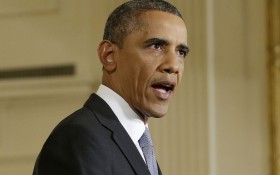 According to a former NSA intelligence analyst and counterintelligence office, a senior diplomat from a major European ally has expressed concerns about President Barack Obama’s mental health.

The diplomat from the European Union government is reported to have told Daily Beast columnist John Schindler, who is former NSA, of his government’s worry. Specifically, he mentioned that his government is afraid Obama has become “quite mentally unwell,” and went on to ask about the impeachment laws in the United States.

Had a senior EU diplomat, old friend, ask me today, “How does your impeachment work? My government believes Obama is quite mentally unwell.”

Most of these are also NATO members.

For further coverage of the story, check out the Gateway Pundit.