After truth gets out, Biden ad suddenly yanked from airwaves - The Horn News 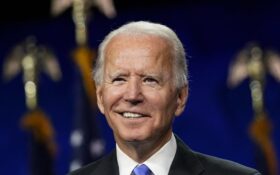 The campaign of Democratic presidential candidate Joe Biden hailed it as a game-changing new ad.

But it turns out this highly-anticipated spot has one huge flaw: The “everyman” they highlighted in this new attack on President Donald Trump isn’t the small businessman they’ve made him out to be.

And he’s certainly not some independent voice speaking out on behalf of middle America.

He’s a wealthy Democratic supporter, according to the latest expose by Fox News and other media outlets.

The new ad highlights “struggling bar owner” Joe Malcoun, co-owner of The Blind Pig, a music and drinking venue in Ann Arbor, Michigan, that’s been shut down due to the ongoing pandemic. But in reality he supports the very government shutdowns that shuttered his business.

Malcoun could’ve blamed a lot of things for the shutdown, including poor local management, over-aggressive shutdowns or even the virus itself.

Instead, in a literally made-for-TV moment, he blamed President Donald Trump.

“For 50 years, the Blind Pig has been opened and crowded. But right now it’s an empty room,” he says in the ad. “This is the reality of Trump’s COVID response.”

Then, he declared that “Trump’s COVID response” might run him out of business for good.

“We don’t know how much longer we can survive without any revenue,” he said. “A lot of restaurants and bars that have been mainstays for years will not make it through this.”

The ad didn’t end, of course, without another dig at the president.

“This is Donald Trump’s economy,” he adds. “There is no plan, and you don’t know how to go forward.”

But again, Malcoun isn’t who he says he is: Fox News reports he’s a wealthy tech investor and a Biden contributor who donated $5,000 to the campaign over the summer.

Detroit Metro Times also confirmed the details, adding that when Malcoun and his associates took over ownership of the Blind Pig they vowed $1 million in renovations to update the beloved local haunt and attract bigger acts.

In a 2018 profile on the All About Ann Arbor website, Malcoun describes how it felt “almost like winning the lottery” when he and his wife inherited her grandfather’s “significant estate,” which transformed him into a tech investor.

In addition, a Crain’s Detroit profile noted that he was CEO of a company called Nutshell, which received a venture capital infusion of at least $5.5 million while he was there.

In other words, he’s not exactly a prime example of the typical struggling small businessman.

But that didn’t stop the Biden campaign from trying to portray him as such.

That’s hardly the only flaw with the ad.

It also features the music of the Beastie Boys, a rap act that rose to fame in the 1980s.

The Biden campaign celebrated the fact that this was the first time the group had ever allowed its music to be used in political advertising, with the song “Sabotage” providing the backdrop for the ad.

Not mentioned: The group’s ugly history of misogyny, including the song “Girls,” described by Slate as “appallingly sexist.” The website also noted that the band’s early shows “featured women in cages dancing onstage and a giant hydraulic penis.”

But given that extensive history, the use of the band’s music makes for a curious choice by a supposedly “woke” political campaign.

The ad was pulled from YouTube not long after Malcoun was exposed in the media.

Biden campaign spokesperson Bill Russo told the New York Times it was removed because Malcoun was “doxxed, harassed, and threatened” by Trump supporters.

But the Trump campaign said there’s an additional reason for the ad’s sudden disappearance.

“In their desperation to pin something else on the president, they fabricated a story in a last-ditch effort to lie to voters because nothing else has worked — and they got caught,” Ken Farnaso told the newspaper.