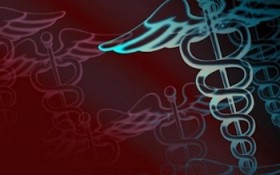 A Detroit-area couple marketing body parts for medical training failed to disclose that heads and necks came from bodies infected with disease, according to a federal indictment unsealed Friday.

“This alleged scheme to distribute diseased body parts not only defrauded customers from the monetary value of their contracts, but also exposed them and others to infection,” U.S. Attorney Barbara McQuade said in a statement.

“The alleged conduct risked the health of medical students, dental students and baggage handlers,” she said.

It’s not clear whether anyone’s health was affected. An email seeking additional comment from McQuade was not returned.

The Rathburns are accused of fraud for failing to inform medical groups on at least three occasions in 2011 and 2012 about diseased body parts, including hepatitis B and HIV.

Elsewhere in the indictment, Arthur Rathburn is accused of making false statements and transporting hazardous materials. The indictment said he falsely claimed eight human heads shipped in 2012 had been embalmed, yet human blood was found in the coolers.

Rathburn was ordered to jail until another hearing Monday. An email seeking comment from his lawyer wasn’t immediately returned. His wife was released on bond.

“Mrs. Rathburn is maintaining her innocence and will continue to do so,” attorney Jeremy Henner said.