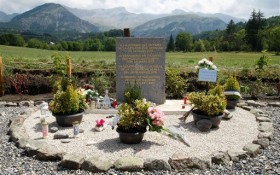 U.S. safety regulators initially declined to grant medical clearance for a German pilot who five years later deliberately flew an airliner full of people into a mountainside in the French Alps. A lawyer for victims’ families says they missed a chance to head off the disaster.

As Andreas Lubitz prepared in June 2010 to come to the U.S. for training at Lufthansa’s flight school in Arizona, he applied to the Federal Aviation Administration for a student pilot medical certificate, according to FAA records and a report by French air crash investigators.

Lubitz initially told the FAA he hadn’t been treated for any mental disorders, and he failed to list doctors who had treated him on the application form as required.

But Lufthansa knew that he was being treated for depression brought on by stress and had taken a leave of absence from his training before returning to work with a doctor’s statement that he was had been successfully treated.

After Lubitz filed the erroneous application, a medical examiner working for the FAA in Germany filed one correcting the discrepancy, with an explanation that he had been found fit to fly.

Brian Alexander, an attorney hired by the families of about 80 of the passengers killed in the crash, said that because Lubitz had initially “lied” to the FAA about his mental health history, it was within the agency’s power to simply deny him the medical clearance.

Instead, the FAA wrote Lubitz asking for a report from his doctor, including whether medications for depression had been discontinued. With that in hand, the FAA granted him the medical certificate in late July.

“They had a chance to maybe stop this,” Alexander said.

The FAA confirmed in a statement to The Associated Press that the agency issued the clearance “after conducting an exam and obtaining additional information about his previous treatment for mental health issues.”

However, the statement said the agency “has no indication that Mr. Lubitz falsified any records or was unfit to be a pilot at the time of that exam.”

Alexander called the FAA statement “disingenuous.” Lubitz’s initial application shows clearly that he checked the “no” box when the correct answer would have been “yes,” he said, and that is enough for FAA officials to have refused to grant the certificate even.

“They can’t retreat from what happened here,” Alexander said. “He got caught. That’s the only reason he came clean.”

Alexander acknowledged that denial in such circumstances may not have been the agency’s normal practice. But had the agency probed more deeply, it might have learned that the pilot’s depression was far more serious than portrayed, he said.

Lubitz’s severe depression, which began in 2008, included suicidal thoughts, and he made pacts with his psychiatrist not to commit suicide, according a report released this week by the Bureau d’Enquetes et d’Analyses, the French investigative agency.

Lubitz went on to complete his flight training in Arizona and became a pilot for Germanwings, a regional airline owned by Lufthansa.

Voice recordings show that on March 24, 2015, he locked the captain of Germanwings Flight 9525 out of the cockpit before setting the plane on a collision course with the rocky face of a mountain, killing himself and all 149 others aboard. The plane was on its way from Barcelona, Spain, to Dusseldorf, Germany.