Clinton, Sanders square off tonight. Here’s what to watch for… - The Horn News 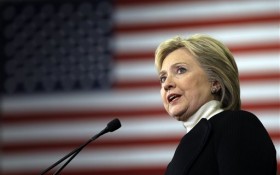 Democratic presidential candidates Hillary Clinton and Bernie Sanders get back in the debate ring Thursday night with an increasingly bitter family score to settle. The debate comes just 48 hours after Sanders’ victory over Clinton in the New Hampshire primary by 22 percentage points, a jagged pill made more so because she lost with women, her presumed base of support. The key audience is now minority voters influential in upcoming contests in South Carolina and Nevada.

Clinton, with a slim Iowa victory in her pocket, acknowledged that she needs especially to earn the votes of young women who aren’t automatically with her just because she, too, is a woman. For Sanders, the next-up states are a test for how he does with non-white voters.

Don’t be fooled about any declarations of mutual respect that have been heard before, nor by any agreement between the two that Republicans are worse than either of them.

This contest is personal, and delicate. The Clinton dynasty is at stake and this is her second drive to become president. For Sanders, the battle against Clinton is a showdown with the establishment, which he says is behind the inequities he’s railed against over three decades in public life.

Expect their spat over who’s more “progressive,” — liberal — to sharpen and focus on such issues as income equality and gun policy.

Here’s what to watch for during the PBS debate at the University of Wisconsin-Milwaukee.

Watch how Sanders, his New Hampshire blowout behind him, capitalizes on the attention by introducing himself to Americans who know little about his socialist self. The Vermont senator’s message of economic and social inequality, systemic racism and unlimited money in politics is aimed at Americans who feel the system is stacked against them. He practically owns the term “oligarchy” — power concentrated among a very few — in the 2016 campaign.

CLINTON’S ‘WORK TO DO’

Clinton expected to lose New Hampshire and has acknowledged she has “work to do” to introduce herself to young women and new voters. But Sanders’ double-wide victory there included trends that suggest she’s got a bigger task ahead, namely on trust and empathy issues — gaps that have proven devastating in past presidential campaigns. Look for her to find a way to address these points, a challenge she’s struggled to meet.

Watch for Clinton to attack Sanders more aggressively on issues that matter to minority voters, Look for her to defend policies like the health care law achieved by President Barack Obama, the nation’s first black president, and to hit Sanders on his plan to pass a markedly different, hard-to-pay-for universal health care law. She’ll also probably go after Sanders for casting her as a tool of Wall Street who is not as serious as he about controlling money in politics. It was hard to miss the anger and frustration in her voice over these charges during her concession speech in New Hampshire. And Clinton’s not likely to stop hitting Sanders on his opposition to longer waiting periods for gun purchases.

Sanders has a perceived disadvantage with minority voters, so expect him to talk at length about the civil rights activism of his youth, his recent outreach to prominent black figures and parts of his agenda that might most resonate with black and Hispanic communities. He made sure there would be cameras there to snap photos of him having breakfast with the Rev. Al Sharpton at a Harlem landmark. Sharpton has not endorsed either candidate, nor has the Congressional Black Caucus PAC — but both could give one candidate a valuable nod before voters go back to the polls.

DOES SANDERS STING BACK?

If Clinton gets more aggressive, look for whether Sanders attacks her back. In the last debate, she castigated him for an “artful smear” that insinuated big donors have bought an alliance with her on public policy. Clinton testily said he’d never find an example of her making decisions to benefit her donors. Sanders gave her something of a pass, railing against big money in politics but not going nearly as hard at her as he could have over her Wall Street ties. He’ll likely emphasize such plans as free college tuition and raising the minimum wage, which are designed to appeal to lower income voters.

The setting in battleground Wisconsin is all about the general election. The state is home to a Republican-controlled state government, a polarizing fight over collective bargaining and onetime GOP presidential candidate Scott Walker — the governor. National Democrats purposely chose the state to plant a flag there.

Republicans will greet Clinton with a billboard between the airport and the debate venue that makes note of an FBI probe into the propriety of her home email server while she was secretary of state.

“What’s there to debate?” it asks. “We know Hillary Clinton can’t be trusted.”