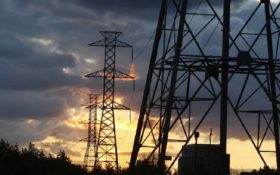 When you think of the threat of nuclear war, your main fear is likely a nuke striking the area where you and your family live, resulting in Hiroshima-like devastation.

But what is arguably more likely, and more devastating, is an enemy using a high-altitude EMP (electromagnetic pulse) against the United States — potentially shutting down our entire infrastructure and supply system.

With both North Korea and Iran working hard on their nuclear and missile programs, chances of an EMP attack being loosed upon the world and especially on the United States are on the rise.

But the destruction of all our electronics, while serious, would only be secondary to the real damage that it would cause to our country. According to the report of the EMP Commission, a HEMP over the central United States would destroy the electrical grid, plunging the country into electronic darkness for at least a decade, if we managed to recover at all.

Critical public services like water and sewage would be curtailed. Communications of all types would be down. Police and fire departments would be hampered by the lack of communications. But the most serious effect of the EMP would be the loss of food and water, as our supply system would come grinding to a halt.

Without electricity, the computers that are used to place and fill orders will not work. But almost all of those computers will be destroyed anyway. Gas pumps would cease to function and refineries would stop. The ability to move food from farmers’ fields to people’s kitchens would be suddenly and completely cut off.

This is the true risk of Kim Jong Un’s efforts to build a working intercontinental ballistic missile as a delivery vehicle for his small nuclear arsenal. With his oft-expressed hatred for the United States, it is likely that he will use his first workable missile to launch a nuclear strike at us. If the generals and scientists in his country have any understanding of strategy at all, that will be a HEMP. He will fulfill his oft-stated promise to destroy the United States of America.

According to the EMP Commission, somewhere between 60 to 90 percent of our population will die in the first year after that attack, mostly from starvation. Those who survive will find themselves trying to rebuild their lives and their communities, without electrical power to aid them.

Fox News’ Tucker Carlson spoke to an electrical engineer, who gave a clear yet threatening explanation of the devastating possibilities.

It’s clear that this is a rare, yet plausible scenario. And should such an event occur, the first problem will be figuring out how to survive.

That means becoming fully self-sufficient, especially in the critical areas of food, water and heating. We’re not just talking about enough food and water to make it through a year either, but becoming self-sufficient for the long haul, until some semblance of society can be restored.

Some specific actions you should take include:

You will need a dependable water source, as city water will probably not be available. This could be a river or lake, if it is close enough to your home to haul water by hand. However, you would be better off with a well or rainwater capture system, either one of which should be connected to a cistern. If you are using an electric pump for the well or cistern, you’ll need enough solar power to run the pump.

In addition to water, you’ll need some sort of sewage handling system, as the city’s sewers will be out of commission as well without electricity. If you are on a septic tank, keep it pumped out so that you can use it for several years. If not, you will probably need to build an outhouse, when the time comes. Grey water can be used for watering your garden, so you’ll want to be able to capture it for recycling.

To start with, you’ll want at least a year’s worth of food stockpiled, to get you through that first difficult year. But that won’t be enough, as it will probably be several years before regular food production and distribution is in place. So you’ll need to have the means to grow your own, through a combination of gardening and raising animals.

Keep in mind that a small vegetable garden isn’t going to be enough. This will have to be like the people you’ve heard about who have turned their entire backyard into a garden and feed themselves totally from it. Be sure to stockpile lots of heirloom seeds, so that you have enough to grow a big garden.

To balance out your diet, you will need some sort of animal protein. What you can ultimately do will depend a lot on where you live and what the municipal laws allow. Chickens, rabbits, goats and fish are all popular animals for preppers to raise, fulfilling that need for protein. Chickens can also lay eggs, which is a much simpler means of garnering protein.

For most people, the only option for heat will be heating with wood. That means you’ll need either a fireplace or a wood-burning stove, as well as a good stock of good firewood. Just to give you an idea, people who heat with wood normally use four to six cords of wood per winter.

While doctors and hospitals will still be functioning, it will be at a much simpler, more primitive level. Without electricity, the vast array of medical equipment that doctors depend on won’t be available. Rather, they will be limited to practicing medicine as doctors did a century ago, albeit with a greater understanding of the human body and disease.

But the bigger problem will be the lack of medicine. Once local stocks are depleted, there will be no resupply for years. So if you depend on medicines for maintaining your health, you’ll need your own supply.

Another option to consider is herbal alternatives. Modern medicine is derived from herbal medicine, as pharmaceuticals are merely copies of what nature provides. It would be worthwhile researching what plants you can grow in your garden, which will help with any medical conditions that you have.

Being the only one around who has food and water will be dangerous. While most people will limit their actions to begging from you, there will be some who will try to take what you have. You must be ready to defend home and homestead or you may find that you no longer need the homestead. Desperation will cause some of these people to kill for food.

While electricity is not technically a necessity for survival, many of the things we depend on use electric power. I mentioned before that if you have a pump for your well, you’ll need solar power for it. A little known fact is that solar panels will most likely survive an EMP, with only a 10 percent loss in efficiency. So if you have solar power now, you’ll still have solar power then.

The problem is that your solar charge controller, voltage inverter and any critical electronics will probably be destroyed by the EMP. So you’ll need spares for all these, stored in a Faraday Cage to protect them. Then, after the attack, it will be a simple matter to replace the damaged electronics.