Cruz: Trump may be impossible to beat - The Horn News 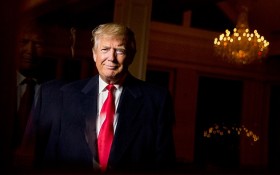 Texas Senator Ted Cruz gave a surprisingly honest assessment of the presidential race Monday, admitting that if billionaire and presidential rival Donald Trump wins in Iowa, Trump may be on an unstoppable march toward the GOP nomination.

According to a recording obtained by the CBN News’ “The Brody File” and reported by CNN, Cruz is seen discussing the Iowa caucus with evangelical leaders, where the Texas senator says, “If Donald wins Iowa, he right now has a substantial lead in New Hampshire, if he went on to win New Hampshire as well, there is a very good chance he could be unstoppable and be our nominee.”

According to the most recent poll from Fox News, Trump’s lead in Iowa continues to grow. Trump is beating Cruz handily with 34 percent support among likely Republican caucus-goers, compared to Cruz’s 23 percent.

With less than a week to go to the Iowa caucus, Trump has publicly said his biggest rival is “nervous.”

Speaking to MSNBC and FOX News early Tuesday, Trump lashed out at Cruz, calling him “a big mess” and claiming “people have realized he probably can’t even run for president.”

Trump also said the recent endorsement he received from conservative firebrand Sarah Palin “threw an ax into the machinery for Cruz because, man, he expected that endorsement 100 percent.”