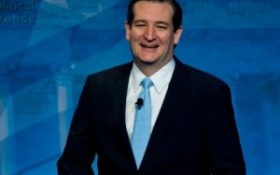 Less than two months before voters in Iowa and New Hampshire start winnowing the field of Republican presidential hopefuls, Texas Sen. Ted Cruz is ready to make a splash. Multiple sources have reported that Cruz is set to receive what the National Review referred to as an “avalanche of endorsements” from a coalition of major conservative leaders, including key Christian evangelical groups.

Leading the coalition is the Family Research Council’s president Tony Perkins, who is considered by many as one of the most influential evangelicals in the United States.

Among the conservative heavyweights in the coalition are Ken Cuccinelli of the Senate Conservatives Fund, Pastor Jonathan Falwell the son of the late Jerry Falwell, James Dobson the founder and chairman emeritus of Focus on the Family, Kelly Shackleford of the Liberty Institute, Ken Blackwell from the Club for Growth, and Rick Scarborough of Vision America.

The endorsements are coming at an important time for the Texas senator, as Cruz is redirecting his burgeoning campaign toward a band of March primary states he believes can propel him to the GOP nomination.

Cruz has recently announced he is traveling on a chartered jet through seven states that vote on March 1 — Super Tuesday — concentrating on several Southern states where Cruz is particularly popular among conservatives. The itinerary includes Minnesota, Virginia, Georgia, Alabama, Tennessee, Arkansas and Oklahoma.

Cruz’s trip is driven in part by simple math, since the Super Tuesday states offer a trove of delegates that will be required to win the nomination at the party’s mid-July convention in Cleveland. The “Take Off with Ted” tour is the latest in his effort to become the consensus choice of anti-establishment but socially conservative Republican voters who are disillusioned about the nation’s course and the GOP’s seeming inability to redirect it.

Cruz and his aides predict his strategy will resonate with voters in the March primary states, particularly those where conservative majorities have long been defined by a visceral distrust of Washington, including GOP brass.

Chad Sweet, the Cruz campaign’s chairman, described this portion of the campaign as “our Southern firewall strategy.”

Cruz’s strategy, developed well before billionaire Donald Trump shot to the GOP lead, is to appeal to frustrated conservatives by emphasizing his roots as a Tea Party, grassroots-friendly firebrand.

“If we nominate Democrat-lite, we will lose once again,” Cruz said.

In Alabama, one of his lead organizers, Becky Gerritson, said the message resonates across multiple “lanes” in the party, the term Cruz himself uses to talk about the various groupings of Republican voters.

“A lot of people in the establishment hate him,” said Gerritson, a local Tea Party leader. “But he’s attracting constitutional conservatives … people who love the Second Amendment. I see a lot evangelical support. … And I think even some people who consider themselves establishment are starting to give him a second look.”