Criminals: Taxpayers should pay for our sex changes - The Horn News 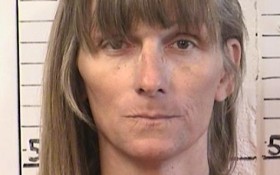 After spending years in court fighting to block the operations, prison officials are giving in to demands to set the standards for which so-called “transgender” inmates can receive taxpayer-funded sex-reassignment surgery – at an estimated the cost near $100,000 per inmate.

In a policy that took effect Tuesday and was reviewed by The Associated Press, prison mental health professionals in California would refer the inmates for the surgery. To qualify for the surgery, inmates must be diagnosed with what is formally called gender dysphoria; have expressed a desire for sex-reassignment surgery for at least two years; and have lived as a member of the preferred gender for at least 12 months.

The guidelines are believed to be the first in the nation by a prison system, said Joyce Hayhoe, a spokeswoman for the federal court-appointed official who controls California’s prison medical care.

The standards are similar to those used by medical providers outside the prison system, she said. But these procedures are tax-payer funded.

The eight-page document calls for inmates who request the surgery and meet the basic criteria to be referred for evaluation to a committee of two medical doctors, two psychiatrists and two psychologists, which would make a recommendation to another higher-level committee of medical professionals.

There are currently 375 males and 26 females in the prison system already receiving hormone therapy that gives them the characteristics of the opposite sex. After the inmates are given their free gender reassignment surgery, they are placed in special housing or in mental health facilities.

One of the new guidelines is that the inmate must have at least two years left in prison.

That became a factor in the case of Michelle-Lael Norsworthy, who was released from prison one day before a federal appeals court was to hear her request in August for the state prison system to pay for her sex reassignment surgery.

But the same month, the corrections department announced it would pay for the surgery for Shiloh Heavenly Quine, whose mugshot is featured in this article. Shiloh is serving a life sentence for a Los Angeles County murder, and has not yet had the surgery.

A federal judge in Sacramento is considering the third case, that of inmate Mia Rosati, after the 9th U.S. Circuit Court of Appeals ruled in June that the state may be violating her rights by denying her sex reassignment surgery. She also is serving a life sentence for murder from Los Angeles County.