Criminal welfare? Dems pay convicts to stay out of jail - The Horn News 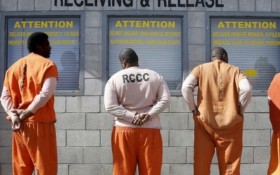 They say crime doesn’t pay, but that might not be entirely true in the District of Columbia as lawmakers look for ways to discourage people from becoming repeat offenders.

The D.C. Council voted unanimously Tuesday to approve a bill that includes a proposal to pay residents a stipend not to commit crimes. It’s based on a program in Richmond, California, that advocates say has contributed to reductions in crime there.

But it’s been decried by critics as taxpayer-funded “criminal welfare.”

Under the bill, city officials would identify up to 200 people a year who are considered at risk of either committing or becoming victims of violent crime. Those people would be directed to participate in behavioral therapy and other programs. If they fulfill those obligations and stay out of trouble, they would be paid.

The bill doesn’t specify the value of the stipends, but participants in the California program receive up to $9,000 per year.

Councilmember Kenyan McDuffie, a Democrat who wrote the legislation, said it was part of a comprehensive approach to reducing violent crime in the city, which experienced a 54 percent increase in homicides last year. Homicides and violent crime are still down significantly since the 2000s, and even more so since the early 1990s when the District was dubbed the nation’s “murder capital.”

McDuffie argued that spending $9,000 a year in stipends “pales in comparison” to the cost of someone being victimized, along with the costs of incarcerating the offender.

Democratic Mayor Muriel Bowser has not committed to funding the program, which would cost $4.9 million over four years, including $460,000 a year in stipend payments, according to the District’s independent chief financial officer. Without the mayor’s support, it would be up to the Council to find money for it through new taxes or cuts to existing programs.

The program would be run independently of the police department, and participants would remain anonymous. Its goal would be to recruit people who are at risk of violence but don’t have criminal cases pending.

The proposal in Washington has generated scant debate as lawmakers have focused on other crime-fighting tools included in the bill. Longtime civic activist Dorothy Brizill was the only person to testify against the stipend program at a lengthy hearing last fall, saying it would waste taxpayer dollars.