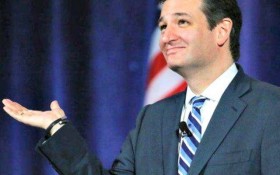 The debate over whether Texas Sen. Ted Cruz is eligible to be president has moved from the campaign trail to the courtroom.

Cruz is facing scrutiny over a loosely defined portion of the U.S. Constitution that requires the president be a natural born citizen — but doesn’t define what natural born is.

Cruz and some legal experts say he’s eligible because his mother was a U.S. citizen when he was born, even though he was born in Canada.

His legal fight got some help Wednesday when U.S. District Judge Gray Miller dismissed the case against him in Houston. Miller ruled the plaintiff, Newton Schwartz, an attorney who represented himself, lacked standing.

However, Cruz isn’t out of the woods yet. Lawsuits challenging the Texas Republican’s eligibility for the ballot have been filed in states including Illinois, New York and Alabama.

Fellow GOP candidate Donald Trump also has threatened to sue over the issue.

In Illinois, the plaintiff is pharmacist and lawyer Lawrence Joyce. He says he fears if Cruz becomes the GOP nominee, Democrats will get him kicked off the ballot in some states or Cruz will be forced to drop out and Republicans will replace him with a moderate candidate.

Joyce has said he is acting independently.