Court releases terrorist because it’s “too busy” - The Horn News 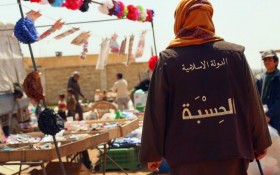 An ISIS terror suspect is roaming the streets of Europe after a judge in Frankfurt, Germany — located a mere hour and a half drive from the important U.S. Air Force base in Ramstein — announced the court system was simply too busy to hold him, and released him on his own recognizance.

According to TheLocal.de, a 32-year old Syrian man was arrested while allegedly attempting to travel abroad to join the Islamic State two years ago.

Prosecutors in April 2015 said the man was “preparing a serious crime against the state” and were preparing to bring forward terrorism charges against him.

But now, instead of sitting in jail awaiting his trail, the man has been set free in the streets of Europe with a simple request — he’s supposed to report to the police every three weeks, and turn himself back in if they ask.

A spokesperson for the State Court told a German news station, Hessischer Rundfunk, that jailing the man was no longer an option because “the court is doing other things at the moment” and, because the man’s trial wasn’t set to begin shortly, he was allowed to go free.