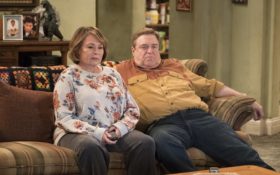 ABC’s “Roseanne” reboot proved to be a ratings blockbuster, and TV executives have realized there is a huge market for sitcoms that don’t insult Red State America. Now, Hollywood insiders say a major network has just brought back a popular program that was previously banished from the airwaves due to its conservative views.

It all began last Tuesday, when actress Roseanne Barr returned to prime time for the first time in 21 years. When the news broke that Roseanne’s character would be a President Donald Trump supporter, public interest in the legendary series rose into the stratosphere.

More than 18 million people watched the series debut live– but that number sells the show short.

This week, TV execs found out that viewers had been undercounted by millions, raising the number of “Roseanne” viewers to more than 25 million people.

But, believe it or not, even these numbers understate just how massive Roseanne’s viewing audience was.

On top of those 25 million viewers, an additional 4.3 million people watched an encore presentation on Easter night. And millions more will watch through streaming services like Hulu.

It was the highest-rated network sitcom in almost five years.

The blue collar program scored an impressive 7.3 rating among the key 18-49 demographic.

Some of them watched out of nostalgia, others watched because the trailer made them laugh.

But how many Americans tuned in because they heard this would be the one show on television that wouldn’t make belittle and humiliate Trump?

The Almighty Dollar finally drove the message through TV executives’ minds: Respecting the president, and the people who voted for him, pays.

Now, the networks have brought back another sitcom they drove off the airwaves, because its star committed thoughtcrime.

“There were rumors the show was canceled because of Allen’s personal conservative affiliations,” reported the entertainment website TMZ.com.

Last March, before the cancellation, Allen told Jimmy Kimmel that Hollywood is such a one-party town that it’s “like 30’s Germany!”

Allen, a believing Christian, used his show to poke fun at former Secretary of State Hillary Clinton and support Trump. Even though his show garnered good ratings, ABC dumped the show without explanation.

But Allen knew why he was out of a job. “There is nothing more dangerous… than a funny, likable conservative character,” he added.

There’s also nothing as popular.

On Thursday, WGN America announced that “Last Man Standing” was headed back to airwaves — and Allen said he’s ready to pick up where he left off.

“We’re very excited to welcome comedy mega-star Tim Allen and his hit sitcom Last Man Standing to WGN America,” Gavin Harvey, president of WGN America, said in a statement. “Our viewers love a good laugh and we are confident Last Man Standing will contribute to the momentum that has made WGN America one of cable’s fastest-growing networks.”

Bringing Allen — who rose to worldwide fame in the 1990s — back to TV is a rare culture war win for conservatives.

Program directors have realized they are outnumbered. There are too many American patriots to shut us out of all network shows.

If the “Roseanne” reboot holds its strong ratings, it will likely be picked up for the regular line up — and Donald Trump Jr. may have bigger plans:

Wow amazing. Congrats @therealroseanne. If you’re not too busy already maybe work in a late night show too… seems there’s some demand for an alternate viewpoint. #Rosanne https://t.co/JNaLjxS0fs

Barr is an outspoken Trump supporter. Allen is a conviction conservative. Bringing back two of America’s laugh-out-loud family sitcom’s was the best decision either of these networks could have made.