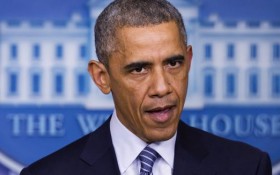 Just months after President Barack Obama forced a dangerous nuclear deal with Iran on the American public, Republican members of Congress are sending a message — not so fast.

And if GOP leaders have their way, they’ll stop Obama from lifting sanctions on Iran’s brutal, hardline regime.

New Hampshire Senator Kelly Ayotte has introduced a bill that would keep sanctions in place until the Obama Administration reveals what it knows about Iran’s nuclear ambitions — and can prove that any military aspects to the country’s nuclear program have ended.

Critics of the Iran deal have long accused Obama and his Secretary of State John Kerry of failing to provide Congress with everything they know about alleged Iranian efforts to build a nuclear weapon. The pact with Iran also doesn’t allow inspectors to visit Iranian nuclear sites without notice.

Ayotte has been one of the fiercest critics of the deal. She had previously said that it “falls dangerously short of protecting our national security interests in several critical areas and ultimately fails to dismantle Iran’s nuclear program.”

Under the legislation introduced by Ayotte, which has already picked up several co-sponsors, sanctions on Iran also could not be lifted without Congressional approval.

If the bill does not pass, sanctions could be eased as early as January.