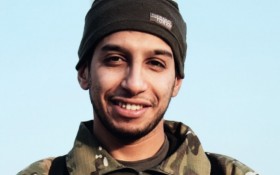 French authorities have confirmed that several of the terrorists behind the Paris attacks posed as Syrian migrants to sneak into the country, according to multiple sources.

Now, many Americans — including Congressional leaders — are pushing to shut down America’s borders before the same happens here.

Immediately after the Paris attacks, French authorities suspected Islamic militant Abdelhamid Abaaoud was the mastermind. Intelligence experts initially believed Abaaoud had coordinated the attacks from Syria, but were surprised to learn he had snuck into Europe through a Greek corridor being used by Syrian refugees.

Now authorities believe Abaaoud and his accomplices may have posed as refugees themselves to travel freely across Europe.

“It was a big surprise when the intelligence came in,” said a police official, speaking on condition of anonymity, about the discovery that Abaaoud had successfully snuck into Europe. “There were many people who didn’t take it seriously, but effectively it was confirmed.”

In the United States, Republicans stepped up efforts to lock down America’s borders and embarrassed President Barack Obama by winning veto-proof House approval of legislation blocking Syrian and Iraqi refugees from the U.S.

Six days after the Paris attacks, the House voted 289-137 Thursday to essentially bar refugees from the two war-ravaged countries while tighter entry restrictions are imposed. In a rebuke to Obama that even an eleventh-hour visit to the Capitol by top administration officials could not avert, 47 Democrats — including many facing tight 2016 re-elections — joined the GOP, yielding the two-thirds margin needed to override vetoes.

Though Republicans felt they’d found a soft spot for Democrats no longer constrained to back a lame-duck president, Obama and other leading Democrats were confident they could stop the bill.

“Our position on this piece of legislation has not changed,” Earnest said. He did say White House staff members are talking with members of Congress on reforms to the visa waiver program, calling those discussions “productive.”

The House bill would require FBI background checks on Syrian and Iraqi refugees and require three top federal officials to certify that each refugee is safe.

The administration plans to accept about 10,000 Syrian refugees in addition to the over 2,000 who have settled here in recent years.