CNN will HATE this bombshell report (57% of voters agree!) - The Horn News 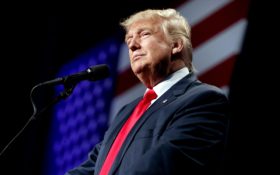 A surprising new report from Zogby Analytics is very bad news for CNN and the other mainstream media giants.

According to their analysis, the majority of Americans — 57% to be exact — are tired of the media’s nonstop attacks on President Donald Trump, and believe the so-called “Fourth Estate” is unfair to the president.

Unsurprisingly, voters opinion on the issue is largely split along partisan lines. While 68% of Democrats think the mainstream media is fair, a whopping 87% of Republicans are in agreement that the media is biased against Trump.

Most importantly for Trump, the majority of self-described Independents — swing voters that ultimately decide elections — agree with Republicans.

Within the traditional Democratic stronghold subgroups, there’s also a trend that will likely keep liberal leaders awake at night. 51% of African-American voters, who traditionally vote blue, agree with Republicans that the media is biased against the president.

It’s worth noting that Trump won the 2016 election thanks to a larger share of African-American and minority voters than any Republican presidential candidate in 20-years.

And 55% of women, who tend to vote more Democrat than Republican, also said the mainstream news was unfair to the president

This analysis is part of a growth of mainstream media distrust sweeping America.

It seems that in the fight between Trump supporters and liberals, it’s Trump that’s winning over the majority of Americans.

That’s bad news for CNN and their pals.

Hard to believe that with 24/7 #Fake News on CNN, ABC, NBC, CBS, NYTIMES & WAPO, the Trump base is getting stronger!