CNN star MORTIFIED after he was caught doing... (yikes!) - The Horn News 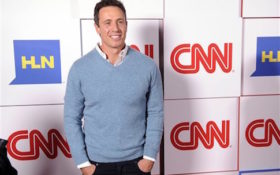 On Tuesday night, CNN’s Chris Cuomo engaged in a Twitter feud that he was not prepared to handle.

Cuomo retweeted an article about a 20-year-old boy purchasing an AR-15 gun, even though his license was expired so it was not legal for him to do so.

As many Twitter speculators pointed out, this article was fabricated — and Cuomo was caught in the middle of spreading a major lie.

An account named “Investigative Photog” posted a quote from 20-year-old Cody Davis stating, “I was able to buy an AR-15 in five minutes. I’m 20 and my ID is expired.”

And being the liberal star that he is, Cuomo pounced at the opportunity to spread this falsified story. Fortunately for the rest of America, other Twitter users read more into the story on this 20-year-old boy — and turns out, he never actually purchased anything.

Hey, @ChrisCuomo from CNN. Saw the article you retweeted: “I WAS ABLE TO BUY AN AR-15 IN 5 MINUTES”

Did you see the part where he admits to neither filling out the necessary paperwork (which would initiate the background check) NOR purchasing the AR-15? Weird. pic.twitter.com/wLfaiKCqaM

Clearly, the article reads that “After he walked me through the paper, all five pages of it, I told him I changed my mind.”

Cuomo must have missed that critical part.

This young boy did not buy the guy. So he didn’t pass the background check to purchase a gun… because he never even tried to fill out the paperwork.

When Cuomo was called out on spreading lies, he tried to avoid the subject and discuss the kid’s age —

The point is that the kid lied about buying a gun that he didn’t, and that you are now lying too.

As Charles C.W. Cooke points out, the objective is not that the kid lied about purchasing a gun, the point is that Cuomo is now spreading lies too.

Of course, Cuomo responded by discussing an unrelated topic —

Lying? Look if you want to fight against background checks, make the case. Whether it is calling the kids actors or LYING about how no laws could stop the shootings…that is the bs to call out. 97% of people want better checks. Why fight that? https://t.co/YCLVyi5VT3

But, Cooke did not let him off the hook that easily —

It’s also a non sequitur, @ChrisCuomo. The debate at present is over whether to extend background checks to private sales, not over the existing FFL system that the kid you promoted would have gone through had he actually tried to buy a gun. As for the introduction of those . . .

who are disgracefully lying about these children being “actors,” that was beneath you. You know full well that I haven’t—and would never—say, or imply, or promote such a terrible lie, and to weasel your way into suggesting otherwise tells us all we need to know about you. Fin.

Cuomo just learned that pushing for gun control by spreading lies will not get him far. He is yet another CNN fake news star helping drag their network down.