CNN attacks senior Trump supporter (AT HER OWN HOUSE!) - The Horn News 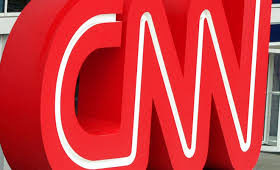 An innocent elderly Florida woman is being harassed, bullied and outright threatened after a CNN reporter yelled in her face and accused her of being a patsy for Russian Facebook trolls — right outside her own home.

The woman (who The Horn News will NOT name to protect her from liberal online vigilantes) ran a Facebook group in support of Donald Trump in 2016.

When a message came in about a local Trump event, of course she shared it. Why wouldn’t she? And of course, she and her friends went, not knowing the details of the event could’ve been cooked up on a Russian online “troll farm.”

But did it matter?

The people who went weren’t Russians, she told CNN reporter Drew Griffin in an ugly ambush interview in front of her own home.

They were friends. She KNEW them.

“Those people that were with me were all Trump supporters,” she insisted as Griffin practically chanted “Russia” at her. “Very, very much so.”

It’s like a troll telling a Facebook group of pizza lovers that Saturday night would be a great time for some pizza. If they ate pizza on Saturday night, did the trolls really accomplish anything?

Of course they didn’t!

Yet CNN is acting as if this poor senior woman is a Moscow stooge. They treated her like an unwitting double-agent with a series of accusatory questions over some simple Facebook messages.

Then, to cap it off, they used her full name – even her middle name – allowing the angry left-wing mob to track her down and target her for harassment

She’s been insulted, threatened, and even accused of treason.

Now, CNN is being called out for their underhanded attack on an elderly private citizen.

“Listen, the guy can go to someone’s house with a camera and a mic and that’s fine,” said Fox News host Jesse Watters, who knows a thing or two about confronting people with a camera with his popular “Watters World” segments.

But as he pointed out on Fox News, CNN’s reporter clearly crossed a line.

“His tone was so wrong and accusatory and so off,” he said. “She is an elderly woman who got caught up unwittingly in some kind of Facebook page situation with the Russians. These were small rallies with a dozen people. She was liking a Facebook page thing.”

It’s not just conservatives like Watters who are hitting back at CNN over this. Even media figures on the left are blasting the network over the ugly move

“That is awful and they should not have done it,” MSBC’s Chris Hayes wrote on Twitter. “In fact the video came up in our editorial meeting and I said we are definitely not showing it. Doorknocking a random citizen not accused of any wrongdoing like that is not cool.”

“Is harassing elderly ladies on the front lawn the legacy of Russiagate?” the website asked. “We’ve made the [Russian’s] job a lot easier.”

Others in the mainstream media also slammed the move:

This is nuts. A woman living in her suburban home doesn’t deserve this badgering. She didn’t mastermind the conspiracy and she’s not a public official or a person known to the public. https://t.co/yMCLtajx0X

CNN should be ashamed. This is not journalism this is abuse. https://t.co/7lNSD3WQLd

One last thing that is vile about what CNN did. This reporter would *never* show up uninvited at the home of, say, Obama military or intel officials & ambush them with cameras. They'd respectfully invite them into studios & allow them to decline. So easy to confront the powerless https://t.co/XsoIkBvogB

In what might be the greatest irony of all, as this story unfolded it became clear that someone else was tricked by online trolls into attending a real-world event.

The network – along with MSNBC – sent reporters to cover an anti-Trump rally that was cooked up by Russian trolls, The Horn News reported.

Maybe Drew Griffin should stalk, target and harass his own bosses at their homes next!