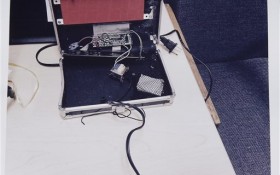 Last year, Ahmed Mohammad became known as “Clock Boy” after he brought a bomb-lookalike to school and falesly claimed it was his science project — and Friday he got some bad news from the U.S. judicial system.

It appears his families attempt to cash in on the arrest has failed… again.

A federal judge has dismissed a lawsuit filed by Mohammad’s father against the school district he’d attended.

The family was demanding a $5 million payday from the school district. They’d previously had a lawsuit for $10 million against the federal government thrown out.

At the time of the incident, officials claimed that the device appeared to be an explosive.

“Clock Boy” and his parents collected huge amounts of generous donations from companies like Microsoft and Google, and the White House under former President Barack Obama invited the family to come visit.

The mainstream media, of course, ignored the family’s stop to visit a radical Islamic terrorist wanted for genocide that is close with Mohammad’s father.

Since their 15-minutes of fame ended, the Mohammad family eventually settled in Qatar, a heavily-Muslim country that still uses slave labor.