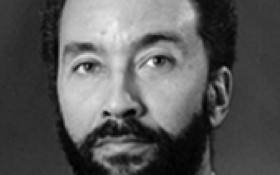 Did former President Bill Clinton appoint a judge who had committed a sexual assault?

A Utah woman alleges in a lawsuit filed Wednesday that the federal judge appointed by Clinton had sexually assaulted her when he was a prosecutor and she was a teenage witness in a high-profile case 35 years ago.

The woman’s accusation were detailed in a lawsuit was filed the same day Richard W. Roberts announced his retirement as chief judge for the U.S. District Court for the District of Columbia, according to documents obtained by The National Law Journal.

Lawyers for Roberts acknowledged an intimate relationship. They also called the accusations “categorically false” and said Roberts will challenge them in court.

The Utah Attorney General’s Office announced after the lawsuit was filed that they have investigated the woman’s allegations, but opted not to prosecute Roberts. Investigators revealed they had found evidence of a sexual relationship, but they determined Roberts didn’t break any laws, in part because the woman was old enough to consent to sexual relations under Utah laws in 1981.

Investigators did not interview Roberts about the allegations.

A lawyer for Terry Mitchell, now 51, says in the court filing that Roberts sexually abused her multiple times throughout the trial of white supremacist Joseph Paul Franklin, who killed two black joggers in Salt Lake City in 1980. Mitchell was with them and was wounded by shrapnel in the attack.

Findings from the Utah attorney general’s investigation were sent to several congressional committees. Utah Republican Jason Chaffetz said the House Oversight and Government Reform Committee that he chairs has looked at the documentation. “Our initial review of the allegations has caused alarm and distress over their serious nature,” Chaffetz said.

The attorney general’s office released a copy of the report on Wednesday. It concluded that then 16-year-old Mitchell was considered old enough under state laws at the time to consent to sex and the allegations she was coerced weren’t strong enough to file charges.

Regardless of whether Roberts committed a crime, the report found, he appears to have acted unethically and likely violated U.S. Department of Justice rules for attorney conduct, among other rule violations.