CIA scrambling to pull spies out of China - The Horn News 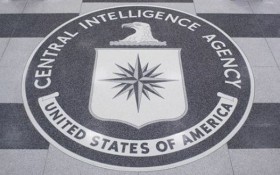 The CIA is desperately moving to get as many of its covert agents back home as possible after a hack, linked to the communist nation of China, may have revealed these spies’ identities.

According to reports, the personal data of some 22 million current and former U.S. government employees, contractors, job applicants, and relatives was stolen. And the CIA is reportedly worried that if it doesn’t get its operatives out of China quickly, they could be exposed, blackmailed, or even arrested.

There have been two major hacking attacks directed at the US Office of Personnel Management databases this year, and the theft of this data has been identified by senior U.S. officials as espionage intended to root out spies.

OPM records contain the background checks required of many State Department employees. Officials say, for example, the Chinese could use the information to look up the list of US embassy personnel in Beijing.

Anyone at the embassy, who is not listed on the data stolen, could be a CIA officer.

So the CIA is quickly pulling its officers from China, while trying to keep things quiet – some mainstream media sources have quoted government officials calling it simply “a precautionary measure.” Others, though, recognize the danger these agents could be in.

At a Senate hearing, Armed Services Committee Chairman John McCain recently asked Director of National Intelligence James Clapper if he was optimistic that anything the US is recently doing would result in the elimination of cyberattacks from China.

McCain, R-Ariz., said the Obama administration has not been aggressive enough in responding to cyberattacks or taking steps to effectively deter them. “We are not winning the fight in cyberspace,” he said. “The problem is a lack of deterrence.”

“I want to acknowledge upfront that the secretary and I recognize that we are not where we need to be in our deterrent posture,” Work said.