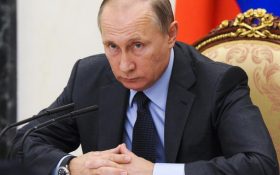 CIA Director John Brennan warned on Sunday that Russia has “exceptionally capable and sophisticated” computer capabilities and that the U.S. must be on guard.

When asked in a television interview whether Russia is trying to manipulate the American presidential election, Brennan didn’t say. But he noted that the FBI is investigating the hacking of Democratic National Committee emails, and he cited Moscow’s aggressive intelligence collection and its focus on high-tech snooping.

“I think that we have to be very, very wary of what the Russians might be trying to do in terms of collecting information in a cyber realm, as well as what they might want to do with it,” he told CBS’ “Face the Nation” on the 15th anniversary of the Sept. 11 attacks.

On the terrorism threat, Brennan said the U.S. government is much better now at sharing information. He praised Saudi Arabia as “a good example of how foreign intelligence services can work against these terrorist organizations.”

On Friday, Congress sent President Barack Obama a bipartisan bill that would allow families of Sept. 11 victims to sue the government of Saudi Arabia. Fifteen of the 19 hijackers from Sept. 11 were Saudi nationals. The Obama administration has said that if U.S. citizens can take the Saudis to court, then a foreign country could in turn sue the United States. The White House has indicated Obama would veto the measure because of the potential for it to backfire and because of apprehension about undermining a longstanding yet strained relationship with a critical U.S. ally in the Middle East.

Also in the interview, Brennan:

—defended the work of U.S. drones in combating threats. He said drones were “exceptionally powerful and capable means of taking kinetic actions against terrorists when that is called for.”

—said there has been a “significant reversal” of the Islamic State group’s strength in Iraq and Syria. “They do not have the same type of control of the territory that they did this time last year,” he said. Brennan said IS is now a “failing organization” that has lost the momentum is gained in exploiting lawless areas in Iraq and Syria. “Their narrative has been refuted. Their claims of great victory have been debunked. So that’s why I think there are fewer and fewer people now there looking to ISIS as being an organization they want to belong to.”